The British Pound underperformed in Asian trade. The currency fell after a YouGov poll suggested that the ruling Conservative party would fall short of a parliamentary majority by 16 seats in the upcoming general election. Until recently, the Tories were expected to win a commanding mandate after voters cast their ballots on June 8.

The Canadian Dollar traded higher in what may have reflected pre-positioning ahead of the upcoming first-quarter GDP report. The numbers are expected to show that the economy expanded at an annualized pace of 4.2 percent in the first three months of the year, the fastest since mid-2014.

Eurozone CPI data headlines the economic calendar in European trading hours. The headline year-on-year inflation rate is expected to come down to 1.5 percent in May from 1.9 percent in the prior month. The outcome may pass without fireworks considering its limited implications for near-term ECB monetary policy. Indeed, a similarly downbeat German CPI print had little lasting impact on the Euro yesterday.

Later in the day, the spotlight turns to the Federal Reserve Beige Book survey of regional economic conditions. Signs of slowdown consistent with a string of mostly disappointing economic news-flow since mid-March may weigh on rate hike expectations beyond June’s seemingly all-but-certain increase. Needless to say, such an outcome is likely to weigh on the US Dollar.

Have a question about trading FX markets? Join a Trading Q&A webinarb and ask it live! 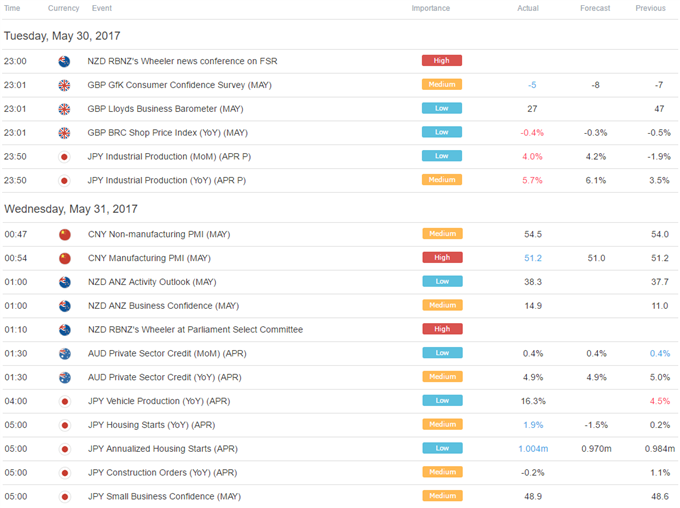 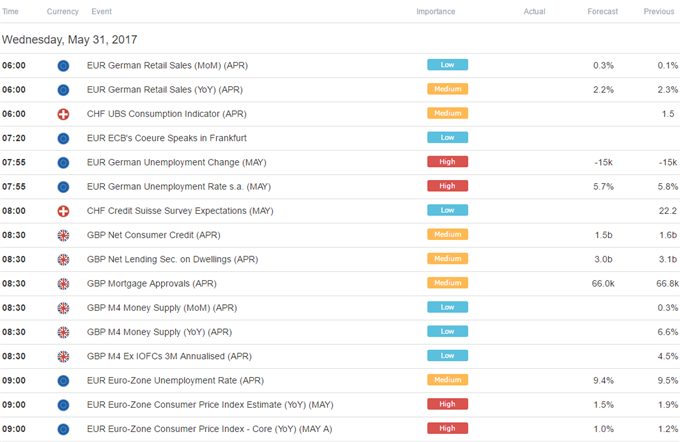